Vasily Vasilyevich Smyslov ruled as the 7th World Champion from 1957-58 after wresting the title from Mikhail Botvinnik. 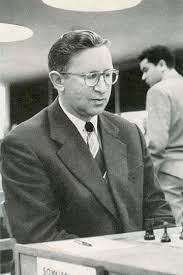 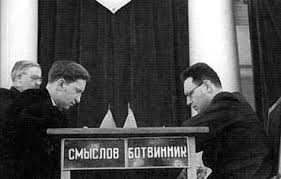 His style is basically positional with emphasis on the harmonious development and placement of his pieces. His games are often spectacular gems of strategy and often quoted in many texts. A great master of the endgame, he is most credited with his book with Levenfish on Rook Endgames which is a standard text for anyone on the topic.

I am a fan of his play generally in imbalanced positions where material is traded for initiative. So looking forward to Bradley's lecture which takes place on Feb 10 Friday 8pm  at the Club. You will definitely have a great time trying to guess some of Smyslov's plans in the middlegame and endgame!

Another reason for joining other than the free tournament entry!

1.      The tournament is organized by the Thomson CCMC and the games shall be played according to the FIDE Laws of Chess for Rapid Chess. Players may choose to play in the SENIORS (no age limit), or  JUNIORS (Aged 12 and below) section.

2.      ELIGIBILITY : This tournament is open to members only. Players joining as members of the Chess Club and are entitled 1 year membership with immediate effect ending 31st December 2017.

4.      PAIRING : Swiss System of  7 Rounds,  time control  15 minutes with 10 second increment each side to finish. Pairings for Round 1 will be generated 5 minutes before start. No starting list shall be generated before the event.

7.    PRIZES : A minimum of 5 prizes shall be given for each section. Tie breaks will resolve the placing of each prize winner. Merit prizes may be added if number of entries exceed 60. Prizes are in the form of new and used chess books.

8.      CLOSING DATE: There will be a limit of 120  first-paid membership received. All players are to be register their membership by   February 15th  Wednesday  10pm.

9.      TIE BREAK :  The System of Tie Break shall be announced before the start of the Tournament. The Tournament Director’s decision on matters on the tournament shall be FINAL.

For drivers, free parking is available Sunday  at Shunfu Blk 309-314 at the back of the CC. Enter via along .
Posted by John Wong at 7:11 PM No comments: